The Very Great and Horrible Harshness 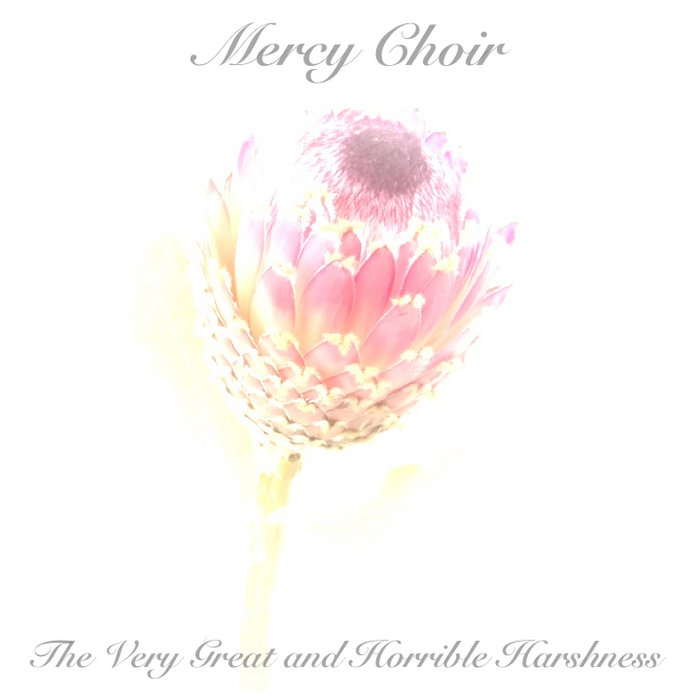 Download includes a PDF file of the lyrics.
For inquiries about the CD version of this album, plase click here: deadlanguagerecords.com/CDversion.html

"Avant-folk workhorse Paul Belbusti has taken on the role of some sort of vaudevillian ringleader on this latest release under his Mercy Choir moniker. The Very Great and Horrible Harshness is a short and sweet collection that plays like a half hour variety show on a pirated TV network.

For an artist whose releases have ranged from hushed folk to harsh, lo-fi noise experiments, this record sounds decidedly orchestrated and fleshed out. The instruments, all played by Belbusti, stretch far beyond acoustic guitar, bass, and drums. Recorded and assembled almost completely on an iPad, it’s sometimes unclear whether the instrumentation is electronic or acoustic.

“A lot of the acoustic guitar sounds on this record aren’t really acoustic guitars,” says Belbusti, “and a lot of the stuff that sounds like electronic drums or synths are actually real instruments recorded with a microphone and then layered on top of one another. I wanted every sound to seem like it’s coming out of some hand cranked, computerized instrument; yet, I hope every song sounds completely different from the last.”

While that may be the case, Harshness sounds surprisingly cohesive and thoroughly entertaining. From the queasy, celebratory opener “The Song I Have Hoped To Write” to the carnival bark of “Long Way To Go” to the hushed melancholy of “Chalk It Up” to the chaotic Rockabilly of “Do the Kangaroo,” this is Mercy Choir’s most varied album.

Though Belbusti has been releasing music under the Mercy Choir moniker since 2005, one can’t help but feel like The Very Great and Horrible Harshness is the beginning of something."

All songs written and played by Paul Belbusti
Recorded at home onto an iPad
Mastered By Greg Thompson: injuredear.com

Mercy Choir is the musical project of Paul Belbusti, a person from the New Haven, Connecticut area of the United States of America.

Bandcamp Daily  your guide to the world of Bandcamp